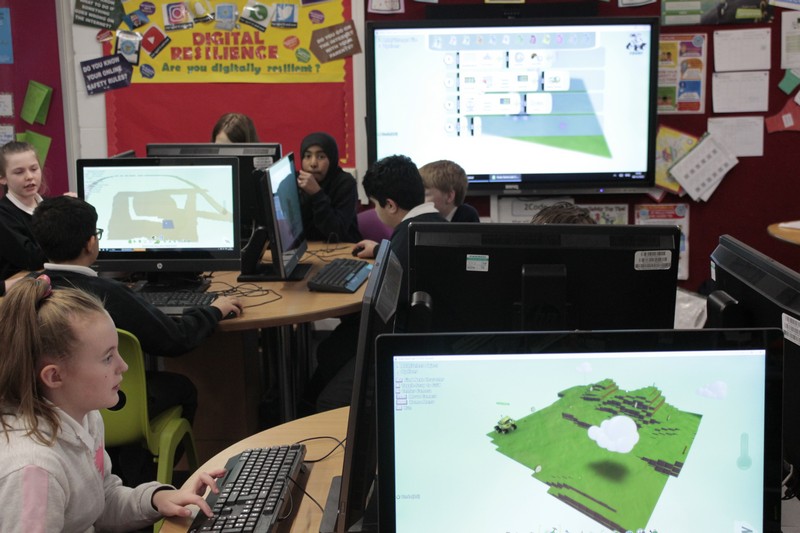 Year 6 Eagles have been showing off their creative skills by utilising their programming knowledge in Kodu.

Mr Baddhan showed the children how to create a game by adding several objects to their world and collecting them using a rover. Each apple represented one point and once three points were added, the game would end by saying ‘Winner’. Some of the children even created a second level to their games.

Here are some of the children working on Kodu.

This site uses Akismet to reduce spam. Learn how your comment data is processed.