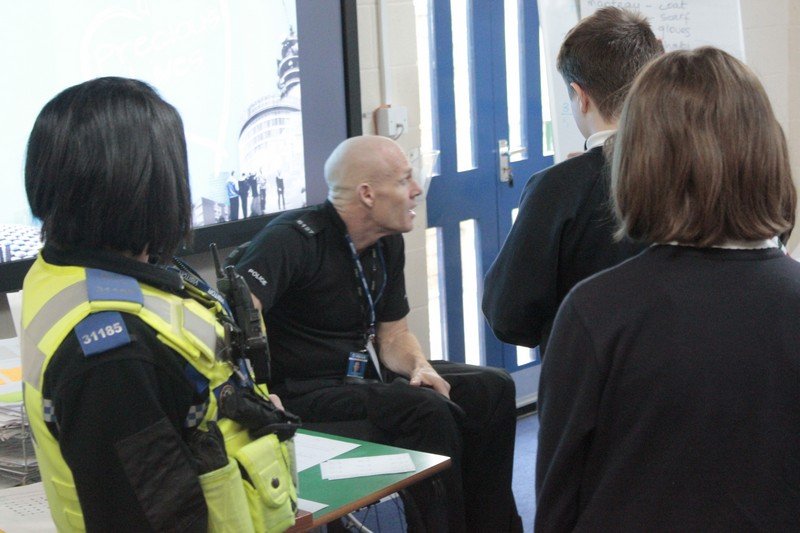 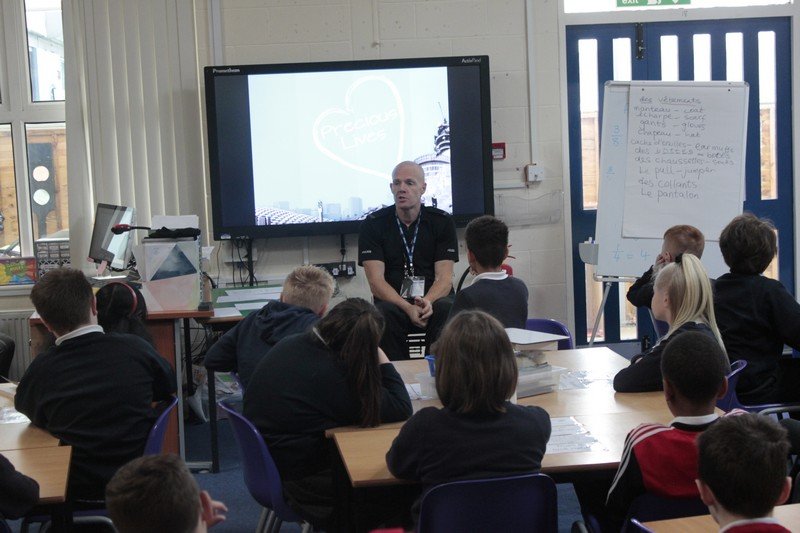 Year 6 were lucky enough to have a visit from West Midlands police. During this visit the officer spoke to the children all about risks and influences, including issues with knife crime.

The officer shared real-life stories with the children and spoke about the influences involved. They also had a very important discussion around how influences can actually be good too. They aren’t always bad. Older children was a factor that came up when discussing influences, the children shared their knowledge and they discussed how older children can influence you and often ask for favours. The children understood clearly how this is still a problem as it gets you involved in the situation.

Why do people carry weapons, specifically knives?
Ishmael – to threaten people or rob them
Sneha – to intimidate people
Harley – for self-defence (this was later discussed and the children realised that this is often untrue)
Luke – easier weapon to have than others as it is easier to obtain and it is also quiet when using

The children also learnt what would happen if a person was caught carrying/using a knife as a weapon:
• At the age of 10, you become criminally responsible
• You will get arrested and could go to prison
• You will get a criminal record which can change your life forever. You will then not be able to get certain jobs (police officer, teacher, etc.).
• Travelling to certain countries where a visa is required (for example, New Zealand) will not be achievable.
• Through carrying a knife you create a situation for yourself whether or not you originally intend to use it.

In RE we have been discussing fairness. The children watched a short video which included a situation where people weren’t being treated fairly. We paused the video at lots of different points to discuss what was happening in the situation, what we thought would be fair and how we thought the children in the video should behave.

What does ‘fair’ mean?
Paris – not being selfish towards other people
Rubylee – everybody gets their share
Miranda – not just thinking of yourself but others too
Tibet – having equal respect for everybody
Lucas – equal

During Anti-Bullying week year 6 discussed a different question each day. The children had discussions around these questions with their peers before sharing with the rest of the class. Below are some of the things that were discussed during the week.

What does the school already do to help stop bullying and ensure all pupils are happy and safe?
Rishita – we do Peacemakers and we also have peer mediators who help other children with their problems.
Paris – teachers in the school help you, ask questions and then try to resolve and sort the problem.
Dalila – sometimes assemblies are held to discuss values and how we should treat people.
Alfie – we join in with Anti-bullying week.
Miranda – Safer Internet week also talks about bullying that takes place online.
Llukan – we share our knowledge with other schools.

Which people in school can help us to reduce and respond to bullying?
Dalila – peer mediators because they can sort out the problems.
Rubylee – your friends can help you by comforting and supporting you.
Harley – teachers can help you and can resolve the issues.

What changes are we going to make?
Every child responded with their very own way they would make a change in our school. These varied from saying kind things to everyone every day to smiling more often. The children displayed these on a placard that was shared with the rest of the school on Friday afternoon.

As part of Computing, Year 6 Eagles have been discussing how search results are ranked when using a search engine. They discovered websites that are paid adverts and how to check if a website is secure and safe to be on.

In PSHE Year 6 have been discussing environmental awareness and responsibility. We started off discussing what environmental issues there are in the world currently. Once we had identified a list of issues, we then spoke about how these could be resolved. The children were asked to talk in pairs about what rules they could develop that would help to solve these issues. The children had lots of great ideas on how we could reduce the issues we face in the world and things that they could do to support this.