To kick off Anti-Bullying Week 2021 Year 6 have been discussing how they can show acts of kindness this week. The theme for Anti-Bullying Week this year is: One Kind Word, so the children all had to decide on an act of kindness that they would do throughout the week.
Here are some of the ideas they had:
– invite people to play
– be helpful to others in class
– open and hold doors open for other people, particularly teachers
– give compliments to make people feel good about themselves
– make something for somebody
– have and show good manners
– give more time to others

In spelling this week Year 6 are focusing on the rule ‘ei’ following the letter ‘c’. The children had to sort the words into two groups to figure out what the spelling rule was for themselves! 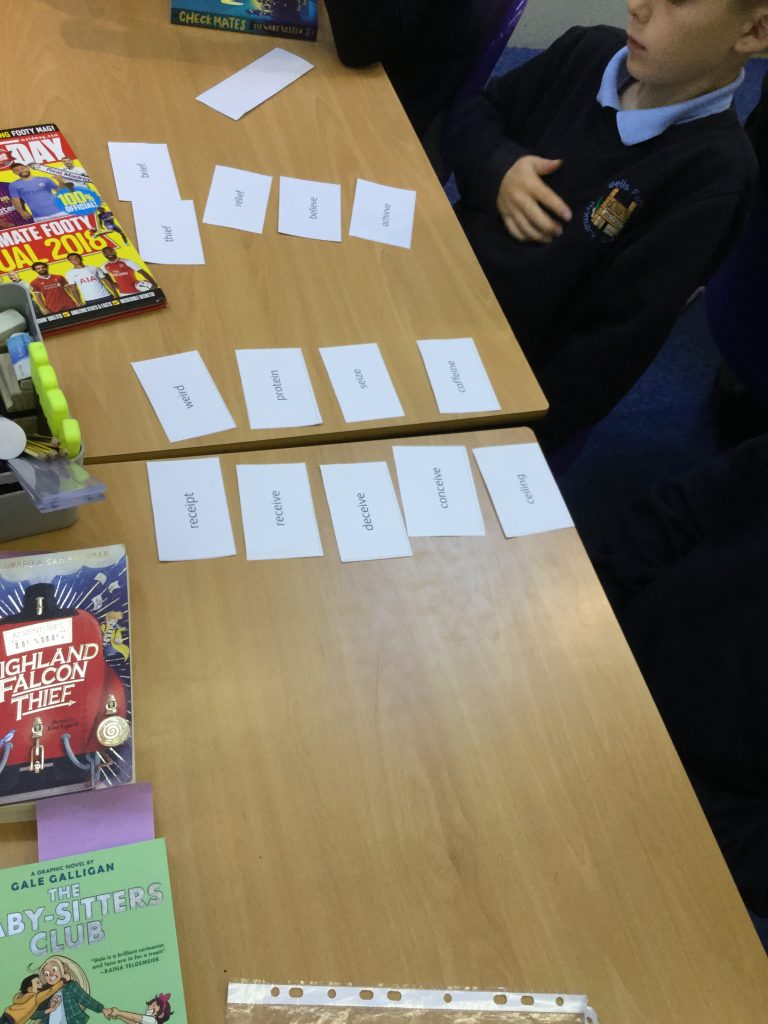 Year 6 had a great time this week using the atlases in Geography! In their topic they are looking at the geography of Russia and Scotland. Their task here was to use atlases to mark cities and oceans onto blank maps. 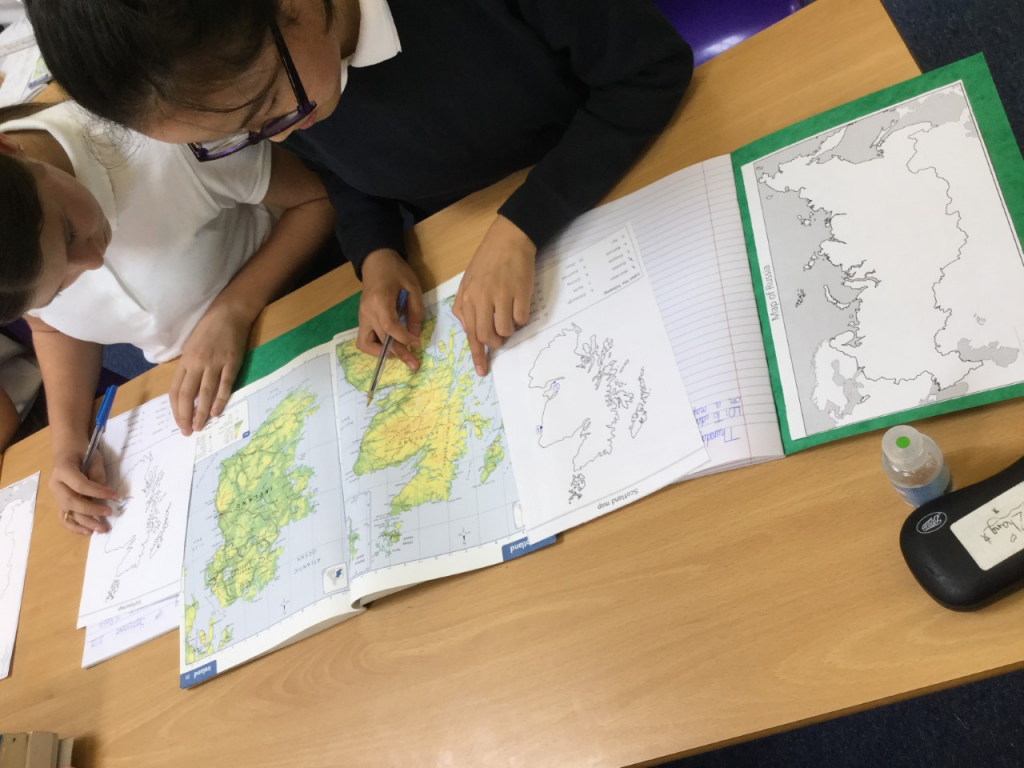 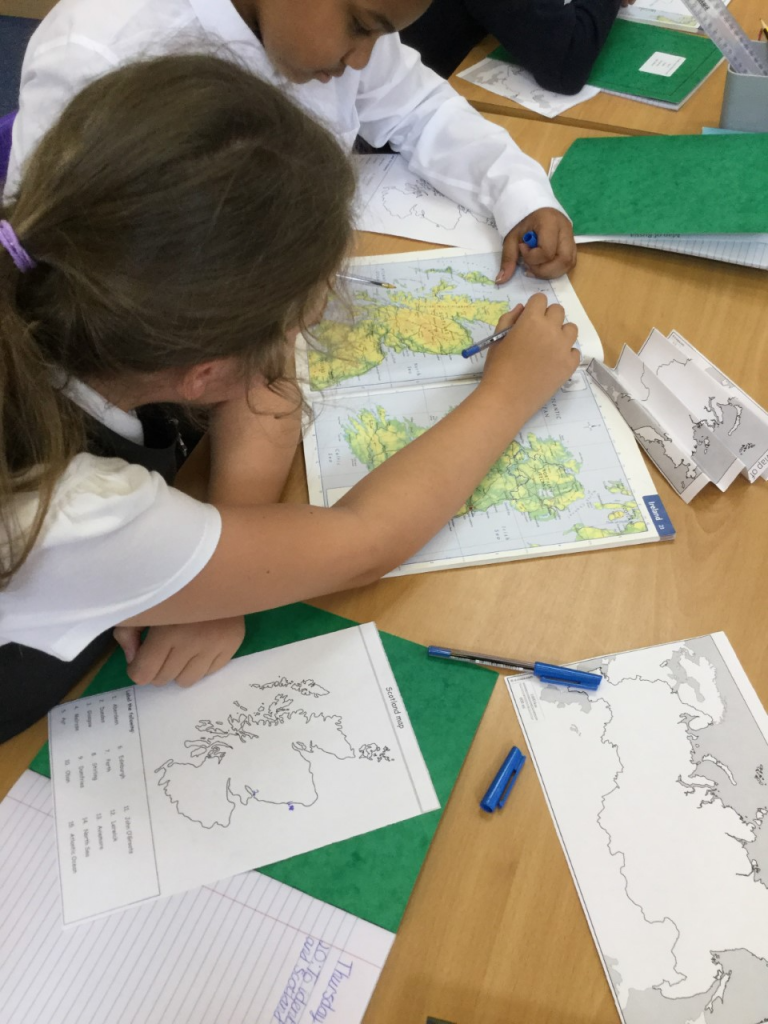 Year 6 have started their topic in science – light. This week the children completed an investigation to find out if the distance of an object from a light source will affect the size of the shadow that is created. 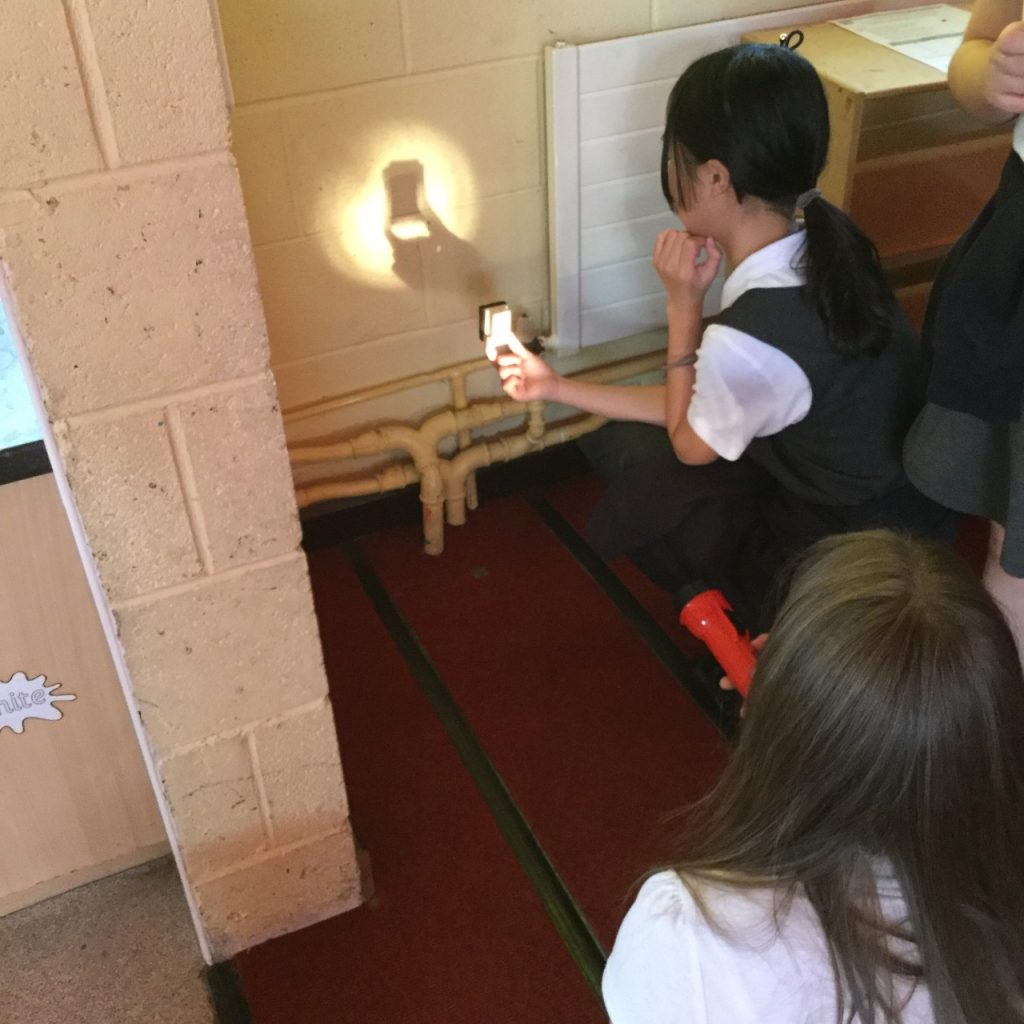 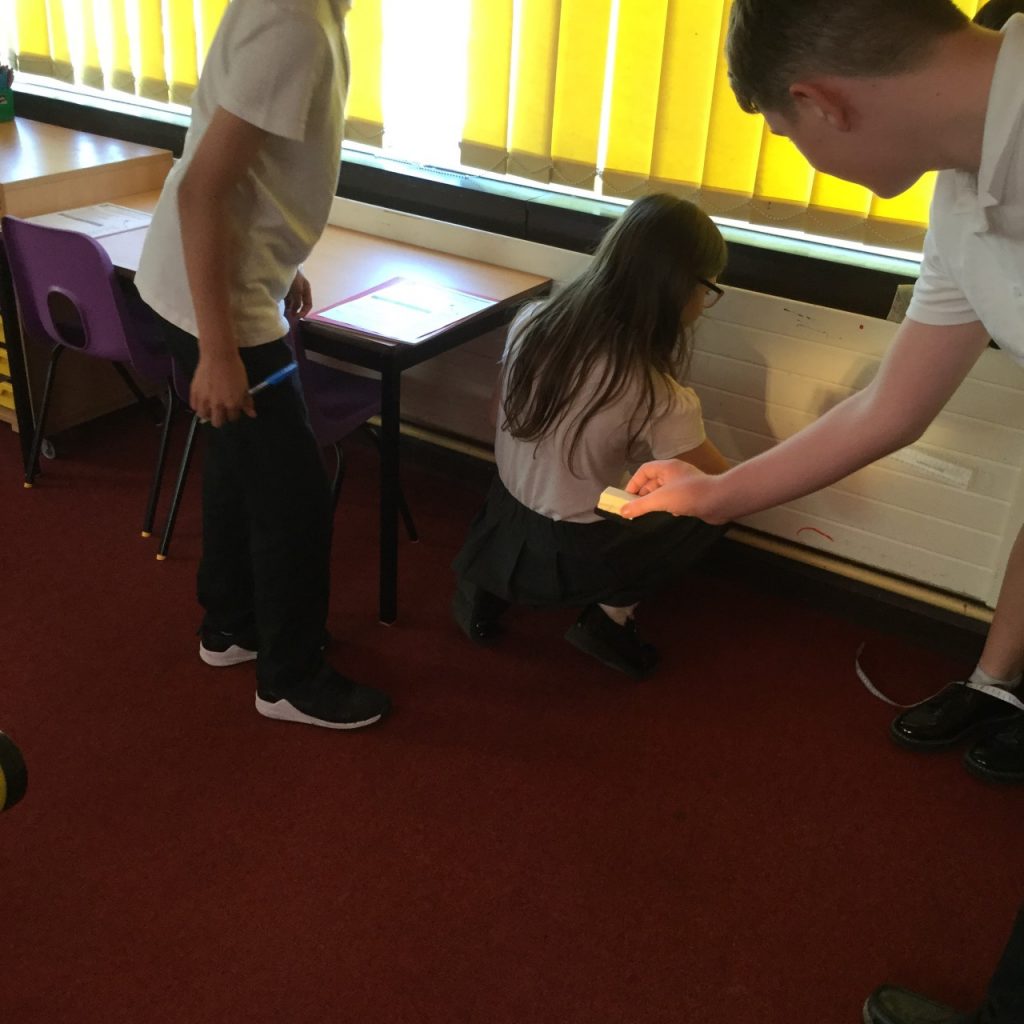 In Year 6’s Peacemakers session this week the children learnt all about the brain and what happens to our brain when we are feeling frightened or angry. The children also completed a meditation activity involving sticks with a  partner. 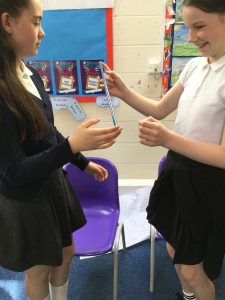 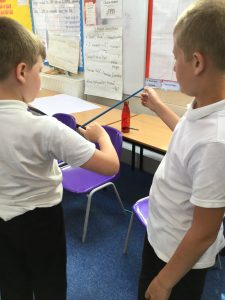 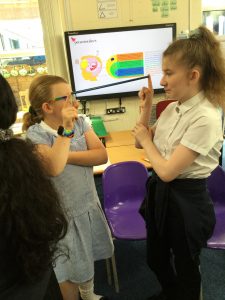 This week in computing Year 6 are using Microsoft Office Excel. They are using this to record and present their findings and data from their own surveys. The children have explored how to make pie charts and bar charts. 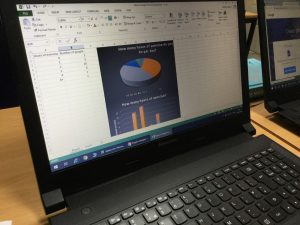 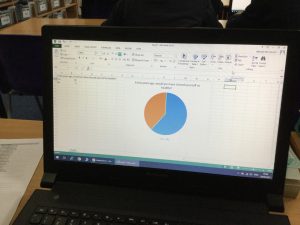 This week Year 6 had their second peacemakers session. This week’s focus was all around the children thinking about what they need in order to feel confident and comfortable to talk to somebody about their feelings. They also watched a short video that highlighted how people may feel and the choices that they should make in order to seek help and support. 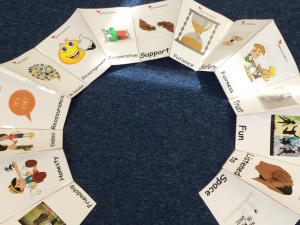 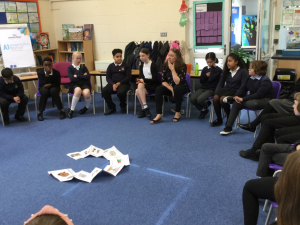 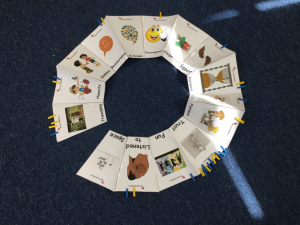 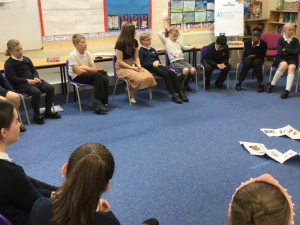 This week in Y6 the children have been using Google Forms to create their very own surveys. The surveys have all been focused around lifestyle choices. Once the had completed their surveys, the children sent them to their peers in the class to respond to. They have then been completing the surveys in order to provide data for their class mates. 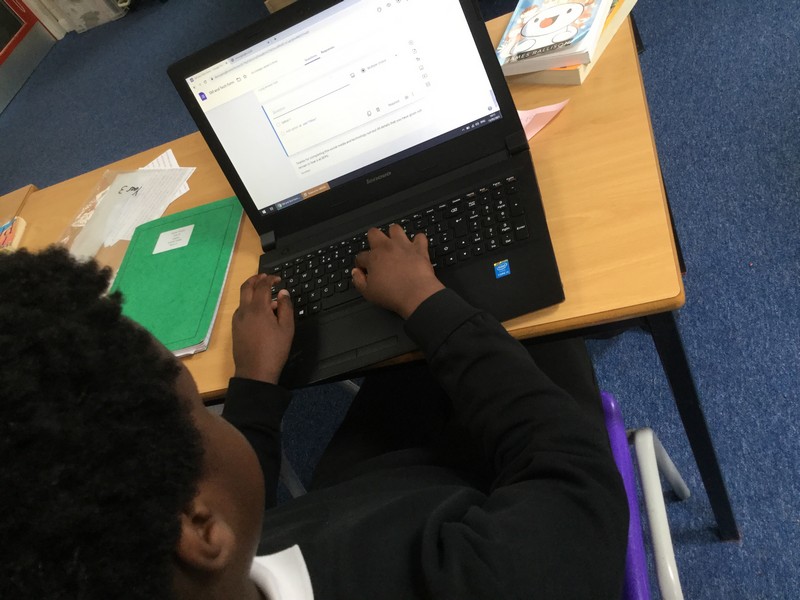 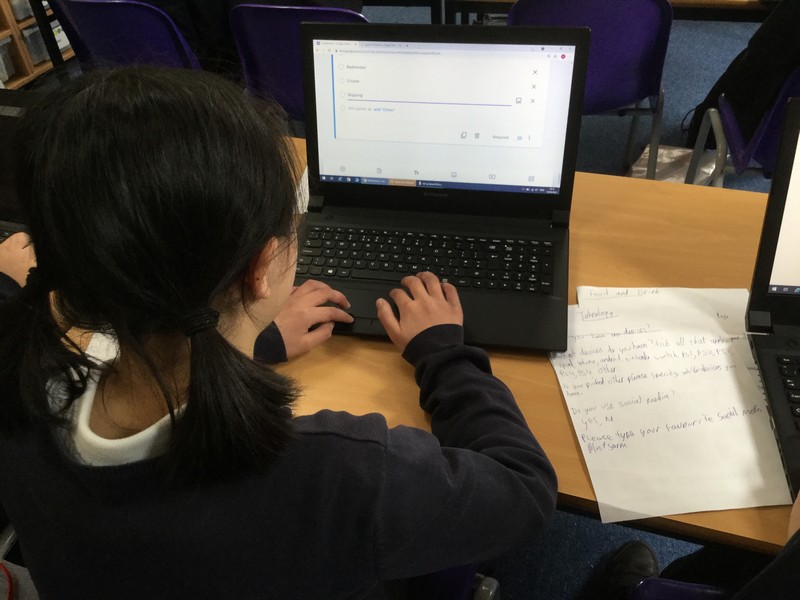 This week Year 6 have had their very first session with Jackie from Peacemakers. This session was all about getting to know each other and discussing our feelings towards transitioning to secondary school. The children played lots of games and had lots of opportunities to discuss their thoughts and feelings. Overall, the children had a fabulous afternoon!

Year 6 will be having these sessions for the next 8 weeks every Tuesday afternoon. This is a new course designed for Year 6’s to help them with their transition to secondary school and to help prepare them. The children are really looking forward to their next session next week! 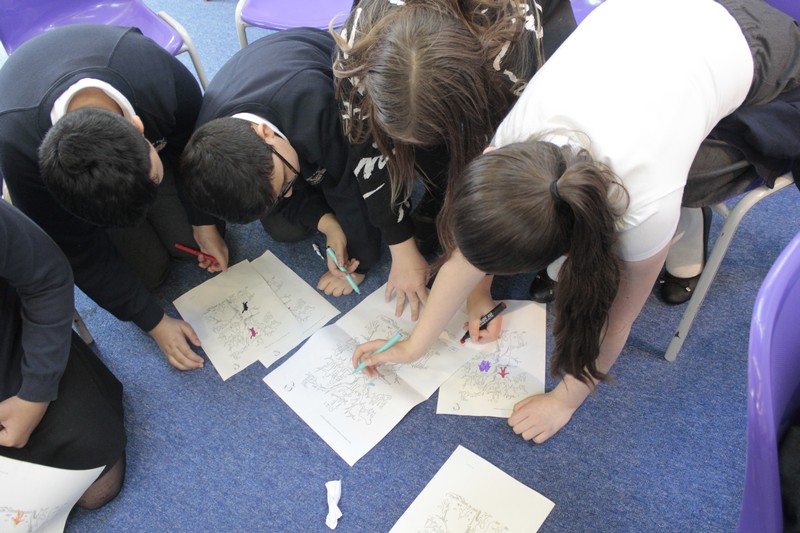 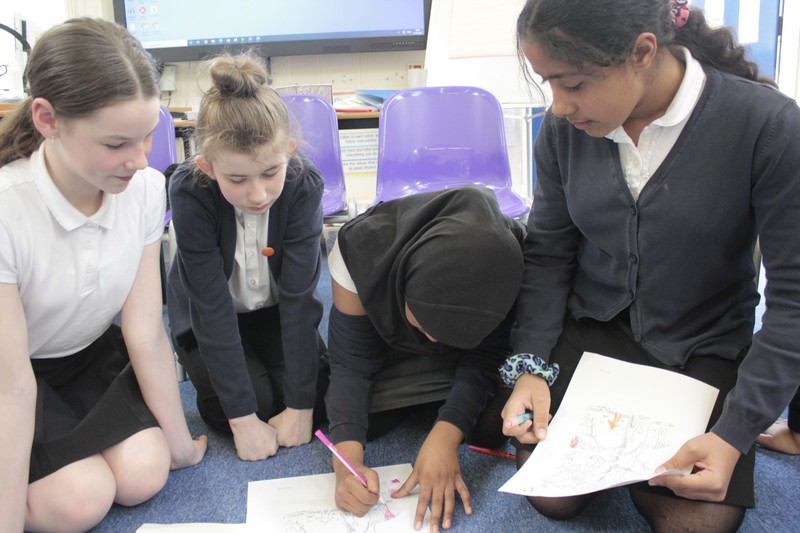 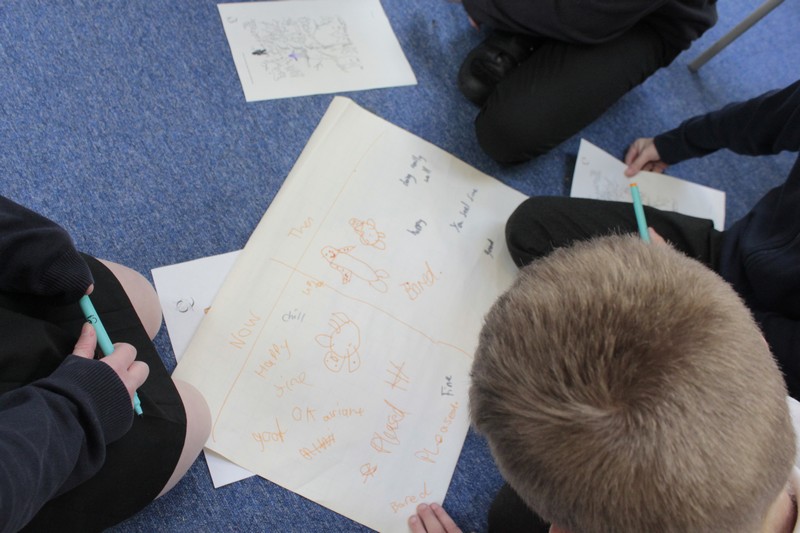 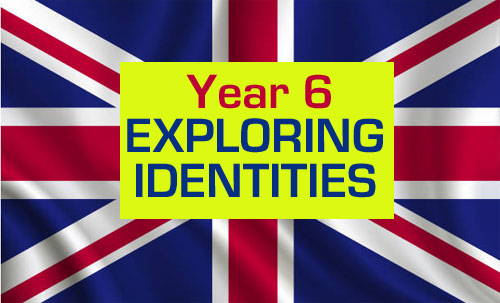 This afternoon, Year 6 have been discussing how in the United Kingdom there are lots of differences between people.

To begin with they discussed the term ‘identity’ and discussed with a partner what it meant to them:

Year 6 then went on to discuss different languages that are spoken in the UK, different religious groups there are, and all about lots of other differences that people have.

As a class we concluded that we can massively benefit from living in a society with so many differences as we are able to learn from each other. This might be learning new languages, about different cultures and religions, or simply just tasting different food! We also concluded that if we lived in a society where everyone was the same it would be pretty boring!