In RE this week we have been exploring unity and harmony in the Baha’i faith. The children ended this lesson with an activity where they had to discuss what they had in common with the people on their table and what made them unique. 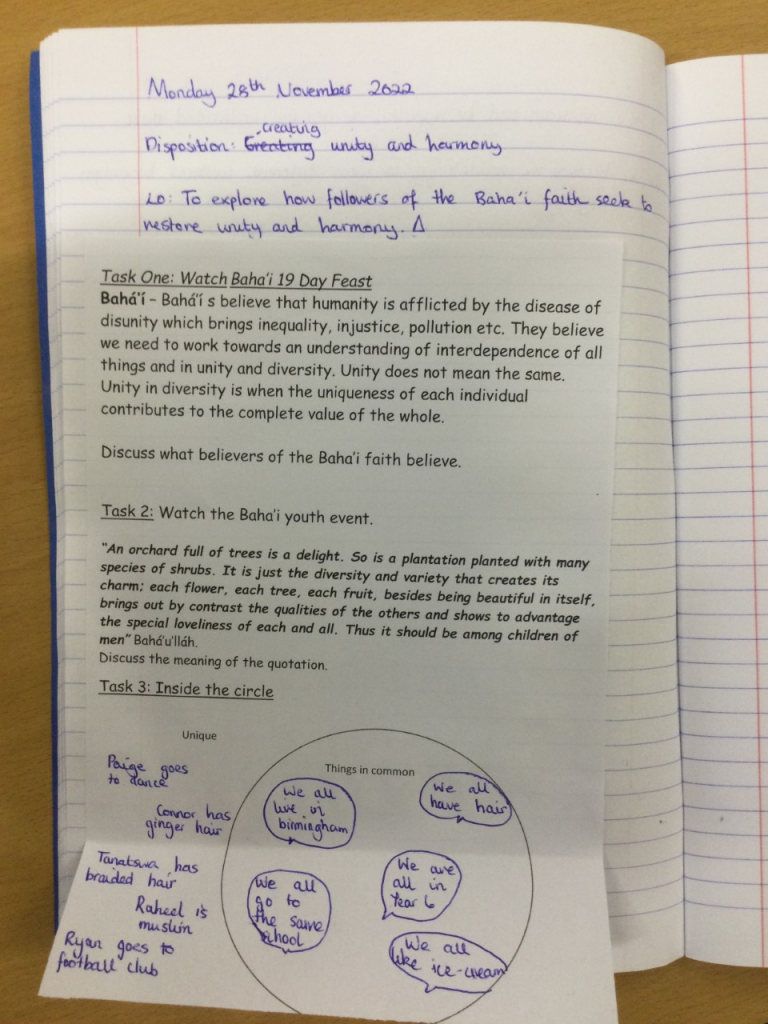 In RE, Year 6 had to complete a short bit of role-play. The children all had a different part to play. Once this had been completed, we discussed how it felt to argue about different things, particularly things we don’t understand.
We came to the conclusion that trying to control a situation like this would actually be quite a stressful experience. The main message that the children learnt from this was that everybody is entitled to their own beliefs/opinions/views. We do not all have to agree with each other – it is acceptable to disagree with people. 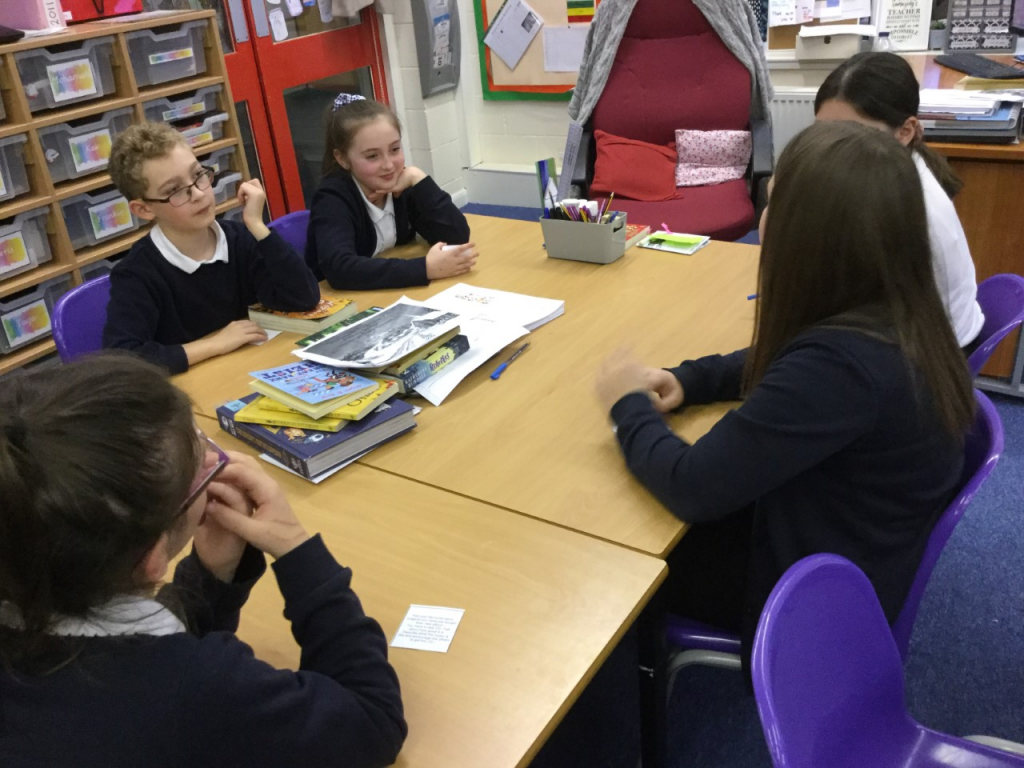 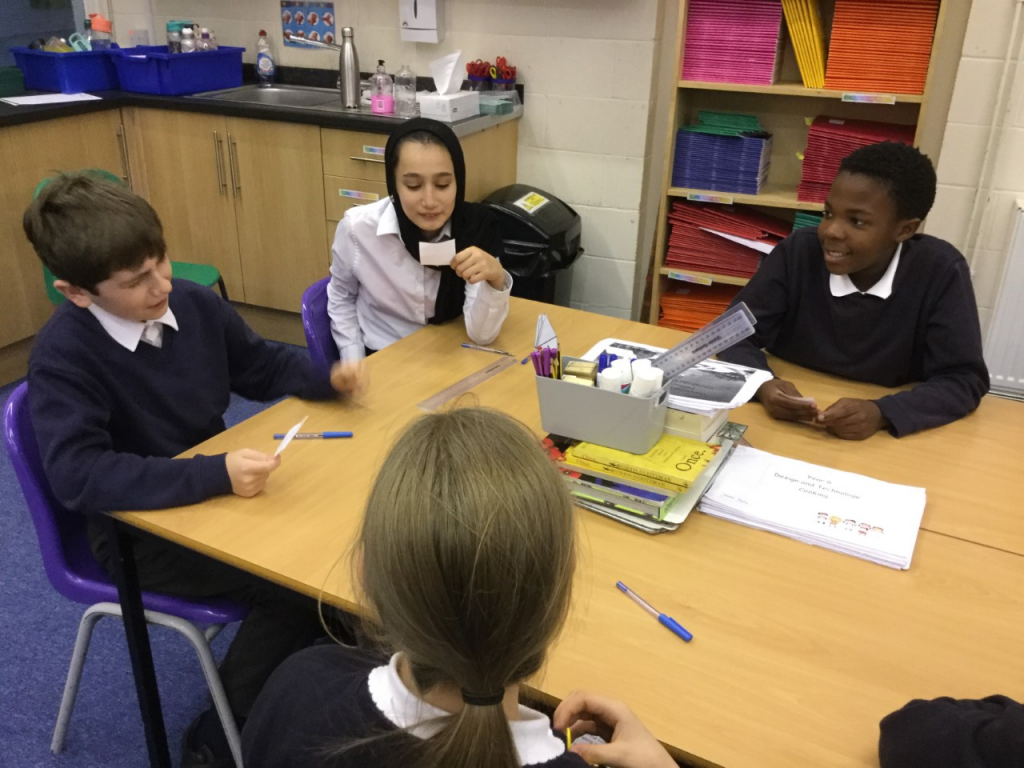 Year 6 have been discussing rules and the importance of having rules in life (including laws). As a class we discussed what rules are, why we have rules and what would happen if we did not have rules. The children identified that rules are in place to keep everybody safe and without them, the world and different places, such as school, would be chaotic.

The children then worked in pairs to create their own ’10 rules of life’ before watching a video about Christianity and the ten commandments. After the video, we spent time discussing the ten commandments and whether any of our rules were similar to them. 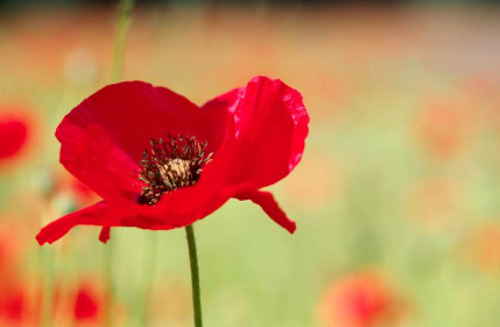 As part of RE, Year 6 have been discussing the term remembrance. We started off with a discussion about what the term meant.

We then discussed Remembrance day and what that day represents before talking about why it is important to have.

In RE we have been discussing fairness. The children watched a short video which included a situation where people weren’t being treated fairly. We paused the video at lots of different points to discuss what was happening in the situation, what we thought would be fair and how we thought the children in the video should behave.

What does ‘fair’ mean?
Paris – not being selfish towards other people
Rubylee – everybody gets their share
Miranda – not just thinking of yourself but others too
Tibet – having equal respect for everybody
Lucas – equal 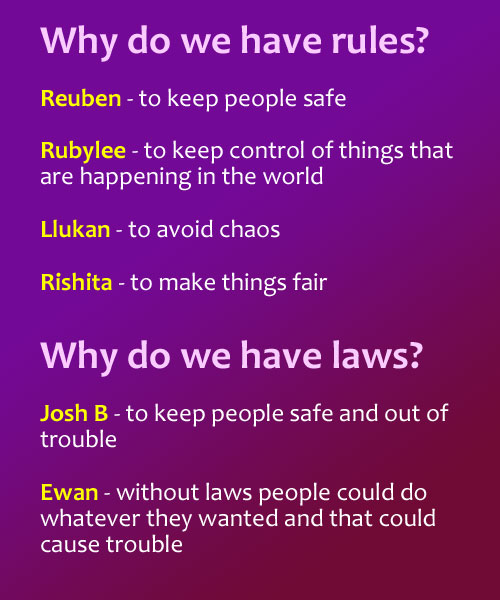 Year 6 discussed what they thought “Roots and commitment” meant. It was a very interesting discussion. 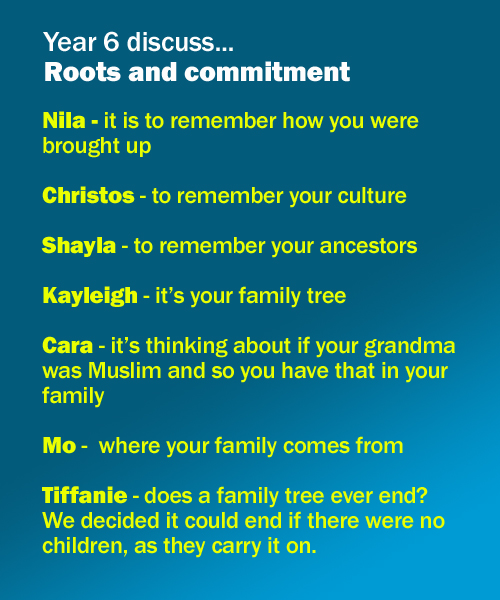 We also discussed how roots and commitment are shown in this country. The children quickly remembered that we have “Remeberance Day”. This is a day the country has committed to remembering World War II. Remembering the past ensures we don’t forget the hardships or victories and how they were achieved.

The class then looked at commitment and what they felt people can and do and commit to.

We decided these were among the most important things to commit to:

We also read and discussed the story of Noah. He showed a lot of commitment as he worked for over a year to build the boat for his family and all the animals. His commitment to God was rewarded. His family survived the flood. We discussed how he would not have known that and and yet he committed regardless of his eventual “reward”.
We often commit to things for lots of reason and not always because we will gain something from it.

That is why a commitment is so hard yet satisfying.

They discussed their ideas of what it meant, talking about working together, ensuring there is no war, hatred or fights.

We looked at the story of Noah and how in Christianity, the story is told as God asking Noah to unite the people and follow his commandments. As the people didn’t, God sent rain for 40 days and 40 nights resulting in only Noah and his family being saved from the flood.

Year 6 then discussed Jainism, the oldest Indian language, older than Hinduism. It taught unity and harmony and as with all other religions- it taught forgiveness. A huge emphasis is put on forgiveness and the class discussed why.

“It makes you feel better.”
“To forgive means you keep your friends.”

In Jainism they used forgiveness circles and the class used this concept to research some forgiveness quotes. It turned out that the children were inspired to write their own!

Have a look and see what you think… 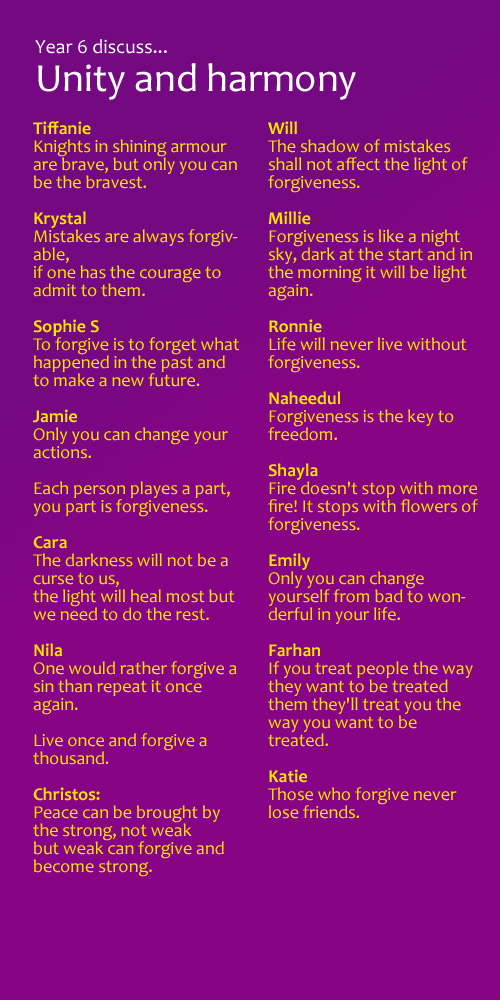 Eagles class have been discussing the importance of having rules in society in their RE lesson. They had a very informed discussion on what would happen if there were no rules and looked at how rules are of paramount importance within the religion of Sikhism. 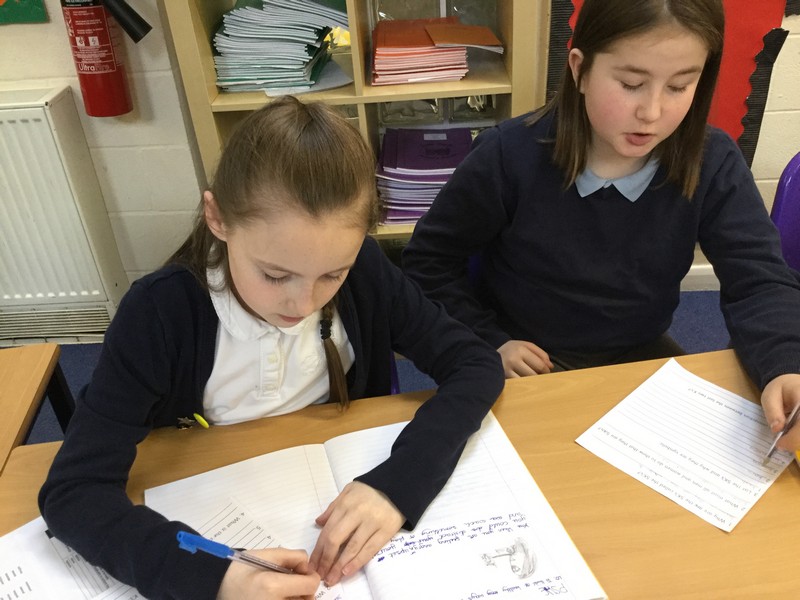 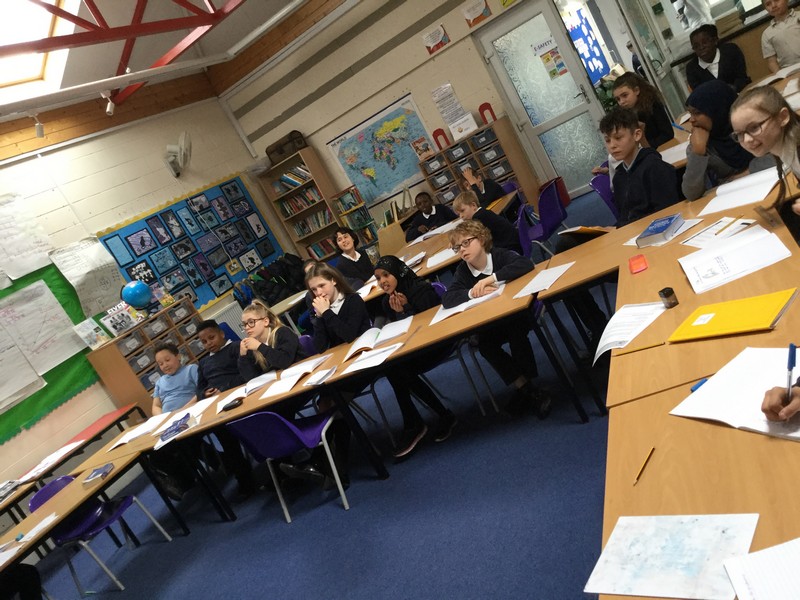 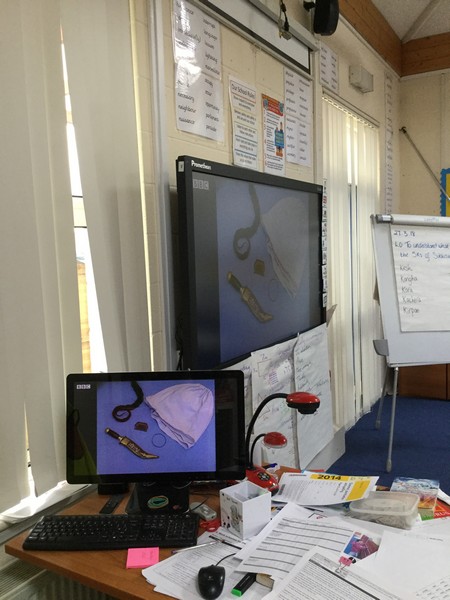 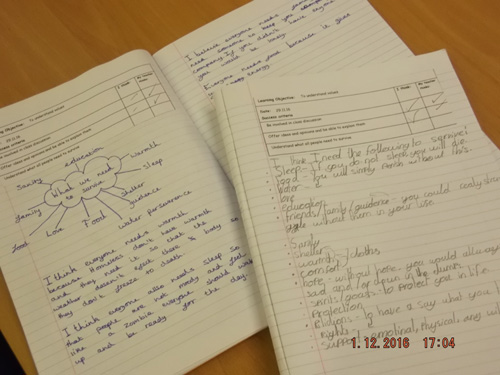 In RE this week, year 6 have been looking into what we all need to survive. They created a mind map of all the elements required to allow us to strive as individuals, and discussed the importance of each one. Next week the children will be shown exactly what we require to survive and they will compare these with their own original ideas.