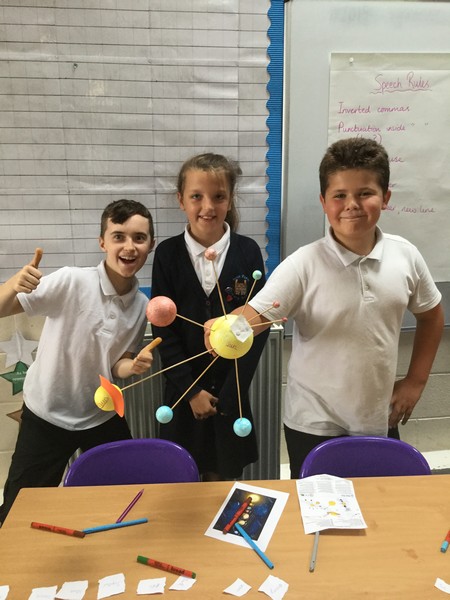 Following on from their last science lesson, Year 6 had the task of creating their very own solar system in small groups. They had to work very hard to figure out which planet was which and where it should be placed.

In science this term, Year 6 are looking at Light, Earth and Space. To start the topic we discussed what we already knew about the solar system and the planets that are within it. After learning a few facts and sharing our knowledge, we went outside to work in two groups. Each group were given a set of equipment and had to work really hard as a team to recreate the solar system on the playground. 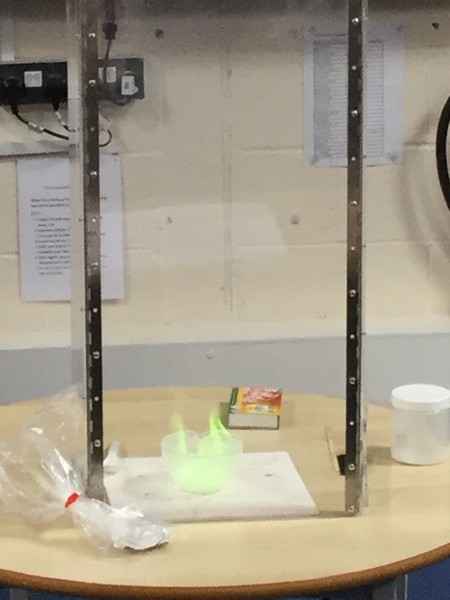 Year 6 witnessed Mrs Croft carrying out an experiment to make Green Fire today. The children saw what happens when chemicals are mixed together. They have been learning how the changes that occur are irreversible,
and after half term they will be carrying out their own experiment to test their theories. 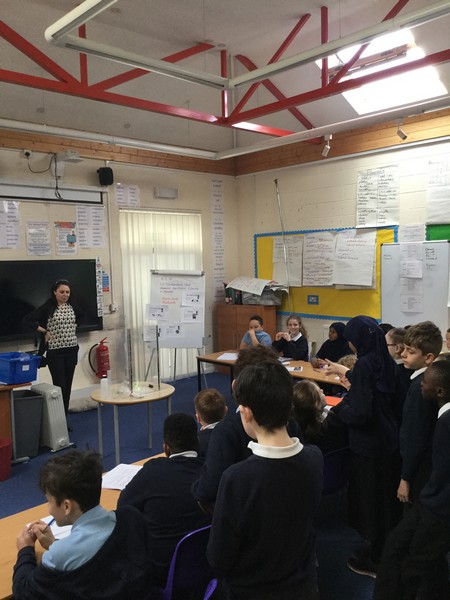 The nationwide competition, orgainised by EON was setup to encourage primary and secondary school pupils to think about smart meters in a fun and engaging way.

Pupils were being encouraged to write, produce and record a 60-second film all about smart meters, including information about what they are, the benefits they can bring and how they can help consumers use less energy and save money on their energy bills.

All Eagles class produced their own films, below are two examples.

Leo, Joshua B and Sahara 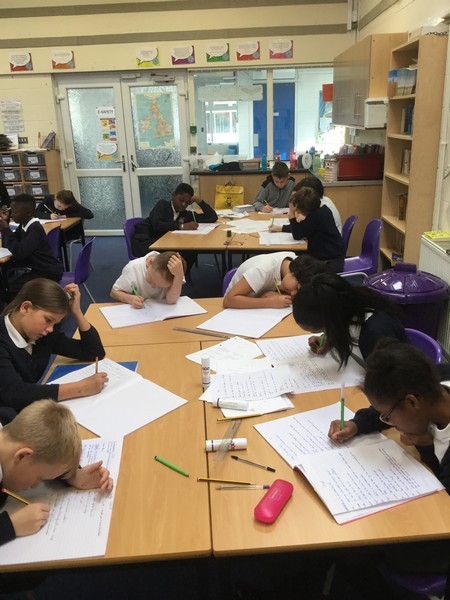 Year 6 have built on their learning about climate change an the need to act in an environmentally friendly manner, writing scripts to advertise smart meters.

The children have carefully considered people’s attitudes to environmental matters and saving energy so that they have been able to create adverts that effectively persuade the viewer to change their behaviours and to use a Smart Meter.

Throughout the process they have collaborated brilliantly in small groups and shown tremendous creativity with varied ideas to hook their audience. 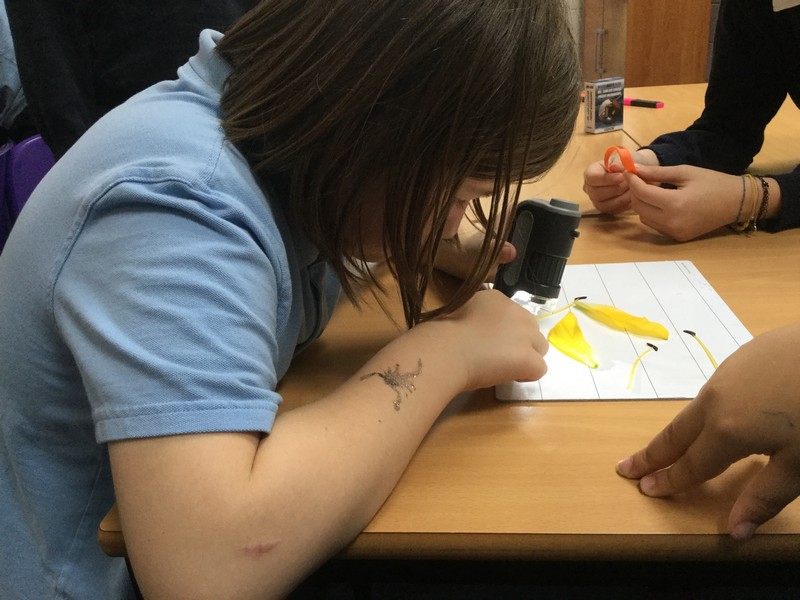 Year 6 have spent this half term investigating plants. On Friday they progressed to dissecting and investigating the different parts of a flowering plants. They worked with great care, using microscopes to see the detailed structure of each part, linking its form to its function.

“It was very interesting seeing the different parts of a plant,” said Daneil.

Hanson enthusiastically commented, “I saw some wonderful patterns while looking at the plants through the microscope.”

The children have been very engaged learning about global warming over the past few weeks.

Having identified a range of different factors that directly contribute to global warming, they have started to create a adverts for a ‘smart meter’. The smart meter could enable families to identify how they are using energy and to plan how to use it more efficiently – saving energy and money for the families. 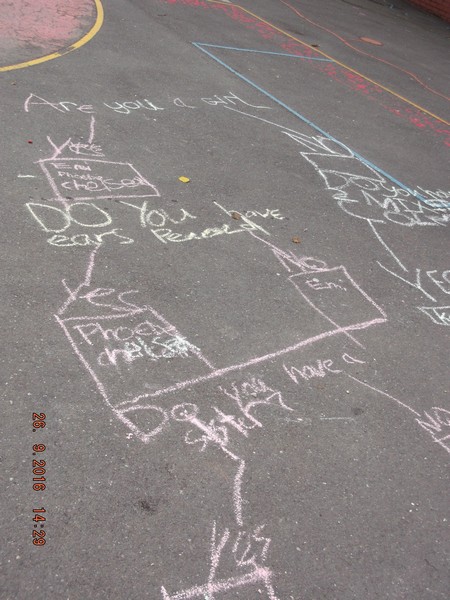 Today Eagles continued with their Science topic… ‘Classifying Critters’, and had a go at producing a classification key of their own. They were put into small groups and had to work together in order to come up with a series of questions that each child had to answer. Then they drew the key onto the playground and put each child in the relevant box. They had a lot of fun but also learnt a great deal about how to produce an accurate key. All groups managed to complete their key and place their group in the relevant place. Well done Year 6 – some excellent team work! 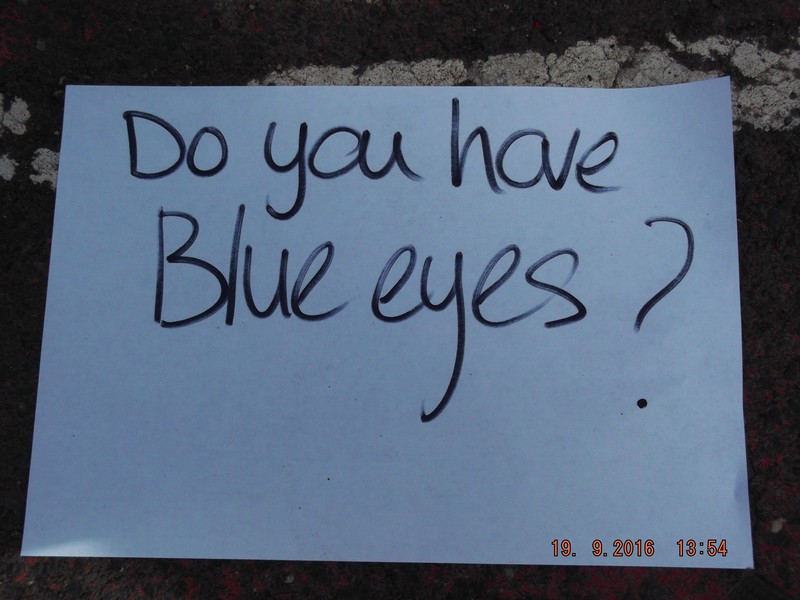 Year 6 have started their Science topic, ‘Classifying Critters’. We have been learning about how animals are grouped as well how to classify plants. We started by understanding how to follow a classification key (with plants) and then went into the playground to have a go at following one Mrs Croft had written. Next week the children will be designing their own classification key and will be having a go at placing all the children in their group onto the key. Take a look at the photos so far. 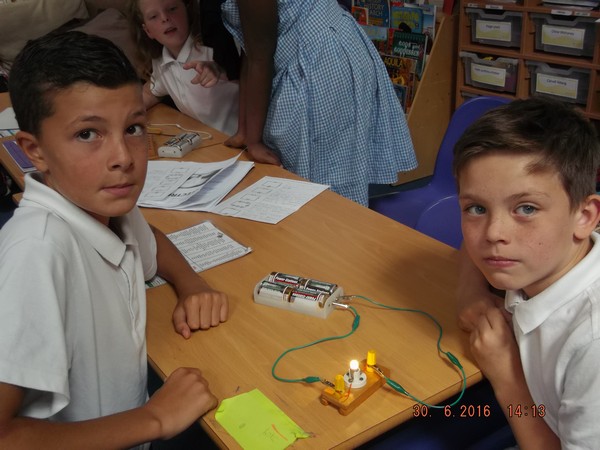 Today Year 6 have had a fabulous Science afternoon learning about components of a circuit and how to construct one. They used a variety of components such as: wires, bulbs, batteries and buzzers to construct a working circuit. They are now all able to recognise and draw a range of components. Take a look at some of the pictures.